A downloadable game for Windows

A Soviet Submarine has been intercepted in the North Pacific, 140 nautical miles west of Los Angeles. It's unknown if the vessel is armed with Nuclear Weapons. The Soviet minister for foreign affairs insists that the Submarine is in international waters and therefore has no obligation to abandon it's routine training exercises.

Seemingly trapped in a nightmarish reality of ever changing worlds and environments it's up to you to figure out exactly what has happened on board the stricken submarine and to ultimately save the world from a nuclear catastrophe.

First Winter is a first person horror set in 1982 during the cold war with a highly distinctive retro style.

"...dozens of horror games release on Steam every month (really!) and it’s really hard to figure out what is interesting and what isn’t, but I think you’re making a safe bet with First Winter" - PC Gamer

First Winter is a retro style horror game  with interesting puzzles and an ever-present feeling of dread. Although your progress is saved frequently throughout the game it is intended that you complete First Winter in one sitting. It is also recommended that you use a pair of headphones rather than speakers.

In June 2017 Dan Sanderson published a micro horror game called Pacific which, to his surprise, was picked up and praised by popular horror YouTubers such as MrKravin, Markiplier, John Wolfe, GirlGamerGab and RaedwulfGamer. Enthused by over 1.5 Million views and featured in Waypoint Vice and IGN's "12 Awesome Games you might've missed", First Winter was born. First Winter is the full length remake version of Pacific.

Despite the option to 'disable flashing images' I can not guarantee that this will make it safe for persons with epilepsy.

this game is amazing.

OMGGGG, This game is the best and The jump scares had me screaming every two minutes. 100 / 10. Also, the transition were amazing they worked together so well.

thank you for making me piss myself!

Did Gameplay On Dis Game

I love your games :D

I liked this one! The transitions when your surroundings were flawless (as I said several times in the video)

Good game I rate this is as 5/5 stars (outstanding)

This is a list of thoughts of your game:

I would recommend for very good horror games

my gameplay on it

My Gameplay On It

Was not around on itch in 2018, stumbled upon this one, downloaded instantly, and want more lol great game!

One of the very best indies I remember to have played. Great, great work. 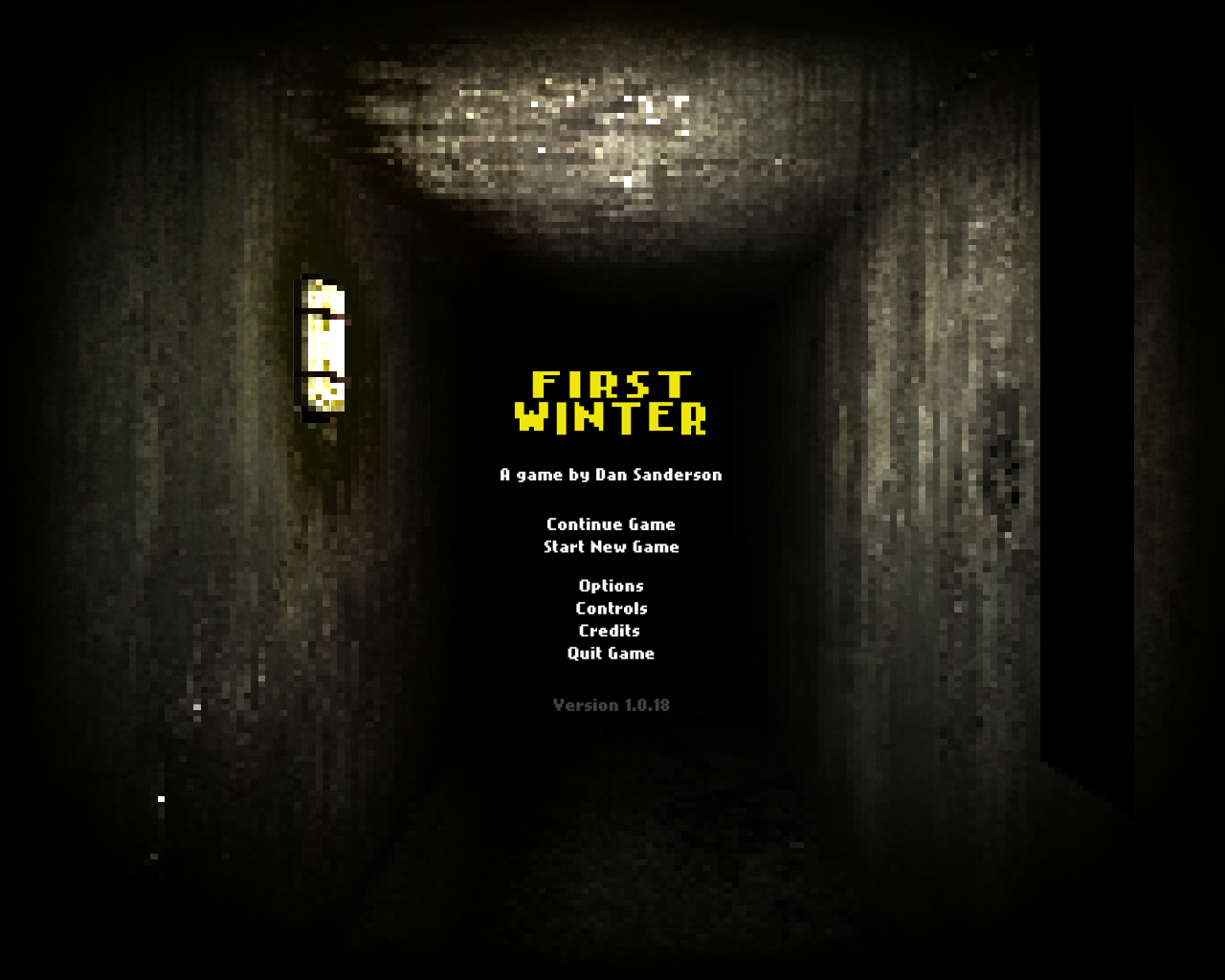 I leave my full gameplay of the game. Highly recommended. He's managed to get me into the game and give me some really good scares.

An interesting game. Had a lot of fun playing it.

That was a great game! Great job devs!

What an awesome, crazy experience. I loved it. Everything was put together great from pacing, jump scares, puzzles, map layout and story. Bravo man. Excellent job.

Reply
Kiddojen342 days ago
This was such a cool cool game! I cannot wait to play your other ones. I am hoping to go back and see about the other endings. It was very fun and very scary. The atmosphere was perfect. The story was different!! :)
Reply
Dan Sanderson333 days ago

Hey thanks for playing!! Really enjoyed watching your play though.

What a ride!  This was a masterclass in suspense, with a tense atmosphere all around.  It's rare that a game can both make me jump AND give me literal chills, but First Winter managed to do just that.  Thanks for making this!

Thanks so much for the kind words!

This game is really great! I actually bought it on Steam a few months back and I noticed it's no longer available for purchase. Any particular reason why? Just curious.

I got to say that it was one of the best indie horror experiences I've ever had! Pure genius! Thank you for the game! Here's my little playthrough (Polish language) Cheers!

Thanks for playing! I enjoyed your video. All I understood was "Jesus fucking christ" but I get the gist :) Next game will have Polish translations too!

Haha, yeah there was a lot of that :D Thank you for watching! Can't wait for the next project :)

I absolutely loved it!

I'm am so happy that I stumble into this game, this is such a good short game with an engaging short story that is a "What if" in our real life history. I just realise there were two endings, but from what I can see, the ending I got below worked well and is on point.

I know I am bit late to the party but I have heard great things about this game.

I got both endings which was fun to do. I am impressed with this game! Fun and spooky. Got plenty of creeps in my run. Thank you for making this game.
Reply
Dan Sanderson1 year ago

Thanks for making the video! Cheers BerryDeaf!

I wasn't going to plug this into the Itch comments, but the 3 Scary Games guy below me forced my hand. First Winter deserves it's own video.

Dan, this game was absolutely amazing. I'll be having a go at Pacific very soon, since I saw you mentioned a while ago that it was the prequel. I'll keep an eye out for more of your games!
Reply
Dan Sanderson1 year ago

Thanks Ynsin (and Sam). Enjoyed watching your video and your interpretation of the cassette tapes (which was spot on).

MADE A THREE RANDOM HORROR GAME VIDEO!! THIS GAME WAS KINDA SCARY TO PLAY NGL BUT STILL COOL TO PLAY

Holy crap. I was not expecting this.

I was playing this game and got so many times spooked. If your curious then you can check my video.

Thanks Nakarama. I checked out your video, was great fun. I'm glad you enjoyed it, thanks for playing,

Thank you and thank you as well for making it.

I have no words to describe this wonderful game. Thanks for the experience, i really enjoyed playing this. Good job :)

I have no words to describe the happy feeling this message gave me.

ENG: Overall I loved it, I want to play it again to see if I can get the key from the end, thanks for the scares xD

thanks for the video buddy! Glad you liked it.

This game is very jacobs ladder where it weirdly changes all the time. There is a problem I had with the game because I wanted to go  back and get the second ending but because I accidently clicked start a new game it erased the old game and wanted me to play all the way threw it again which wasn't worth it to me so I ended up just having to watch the second ending on youtube. I think you might want to fix this if possible because I was sad and wanted to do it myself in the game.

Also the puzzle at the very end where you rise the water to get the bottle to get the code to get the axe and then you need to lower it again to chop off the arm of a dead person to get to the control room was really cryptic and I after a long while of searching for clues of what to do with the axe ended up having to look it up on youtube as well because I would have never thought that once you use the wheel to raise the water level that you need to turn it again. Maybe it is just me but in most games I have played once you use like the wheel once your not going to need it again. Also there was really no way of figuring this out on your own except stumbliming on it by mistake.

Over all I really loved the game and the trippiness of it. It was a fun and longer then normal indie horror game so thank you for allowing me the oppurtunity to play your game.

Jacobs ladder is one of my favourite films! Thanks for giving it a shot!

This was very good! I likeeee it

the only thing that scared me the most is the chairs. IT STILL DOES AFTER PLAYING IT 3 TIMES NOW! i always think it's gonna be ghosts but then it's chairs.

Although it engages in some commen tropes, FIRST WINTER uses these to make a truly scary and orginal horror game with and even better story. Play it.

hi again...deeply enjoying your games one at a time. i caught up with this one and had my breath taken away to the point of exhaustion. so thanks for the scares!

Hi Which game engine did you use? and how is it called the art style that you used, that is like a 3D + Pixel art filter? thx what a good game you did

Would this game be possible to be ported to Mac? 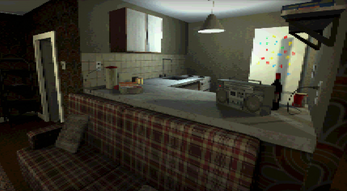 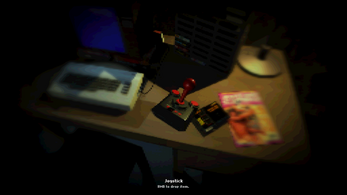 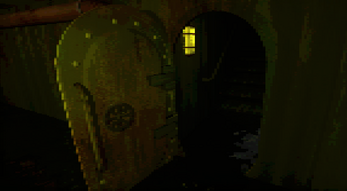 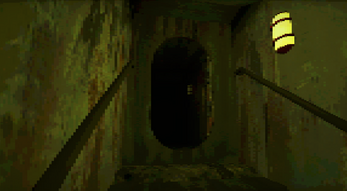 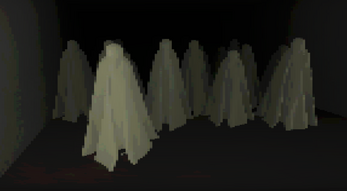